Interested in airplanes? Consider joining the UWO SAE Aero Design Team. In September 2009 the Aero Design Team competed in the Australian "Outback Joe" UAV-based Search and Rescue challenge where the goal of the challenge was to design and build a fully functional robotic aircraft capable of locating a stranded hiker in the Australian outback.(More)

Want to know what it takes to introduce a new product into the industrial market? You can gain this experience when being part of the Western Baja SAE team. Engineering students design and build an off-road vehicle that will need to survive not only the rough terrain of the competition grounds but also prove that that their design will be accepted for manufacture by a fictitious firm to win the competition. 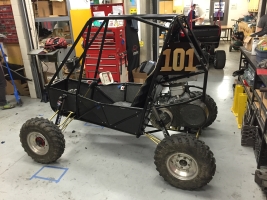 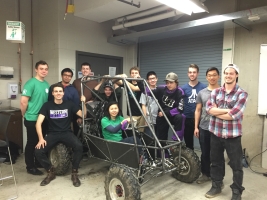 The goal of Baja SAE is to design, build, and race an off-road vehicle designed to handle the harshest elements of rough terrain. Teams from around the world compete in several races each year. Each competition consists of static and dynamic events that allow teams to demonstrate their designs and push their vehicles to the limits. (More)

Think concrete can't float? The Concrete Canoe team has proven it can. Using what they have learned from their numerous concrete design courses they have built a canoe that can hold the whole team while in water. In 2009 the team competed at the Canadian National Concrete Canoe Competition in Halifax winning in two categories. (More)

Love making things out of concrete but don't plan on going into Civil Engineering? The Toboggan Team recruits students from all programs to help design and build a metal frame and running surface made completely from concrete to compete at the Great Northern Concrete Toboggan Race. The design has a weight restriction and will be marked on various design components so you must bring your creativity to the table. 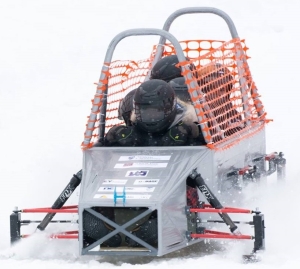 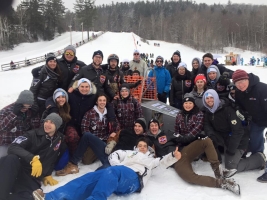 The Toboggan Team is further seperateded into sections consiting of:

Looking for a unique design challenge? The Western SunStang team works together to build a solar powered car. In 2009 after detailed research showed a need to do a cost analysis of the solar panels, the team is completely redesigning and building a new solar car. (More)

Were you on the robotics team in high school? WE Bots is a group of Western engineering students who are knowledgeable in the principles of robotics that work together to create new and innovative robots capable of carrying out a variety of complex tasks. The goal of this group is to provide an open atmosphere where students of any discipline and any skill level are welcome to learn about, and construct robots. (More)

Western Engineering’s FIRST robotics club (WE FIRST) aims, as an organization, to inspire members and the public to become more involved in the field of science and technology through robotics.

Interested in Formula SAE cars? The Western Formula Racing team, fabricates and competes a formula-style racing car in an annual competition with approximately 120 other vehicles from colleges and universities around the world. The restrictions in the design test the knowledge, creativity, and imagination of the team, so teamwork is imperative. (More) 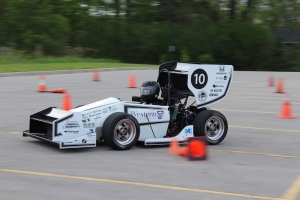 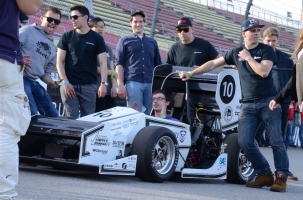