Jiang appointed to Order of Ontario 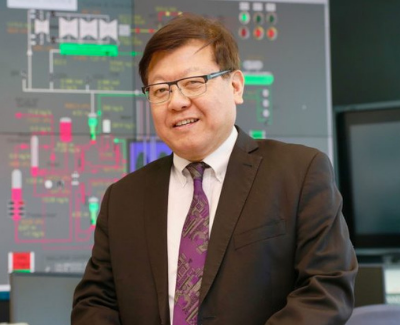 Jiang is among 25 new appointments to the 2020 Order of Ontario, awarded to individuals who show outstanding qualities of excellence and achievement in any field.

2020 was a significant year for Jiang, having also received an Ontario Professional Engineers Award and being named a Fellow of the Royal Society of Canada.

“I am incredibly impressed by Jing’s continued research efforts over the years and, in particular, by his personal achievements this past year,” said Engineering Dean Ken Coley. “Jing has made our Faculty extremely proud, and I extend my congratulations to him on this well-deserved honour.”

Jiang has been with Western’s Department of Electrical and Computer Engineering for 30 years and is one of the longest-serving NSERC/UNENE Senior Industrial Research Chairs (IRC) in Canada in the area of Instrumentation, control, and electrical systems for nuclear power plants. Jiang works closely with Canadian industries on research and development, and he has helped to train a large number of HQPs for the industry.

As one of the longest serving IRCs, Jiang has established a world-class research program on instrumentation and control systems for nuclear power plants. He works closely with Canadian nuclear organizations through the University Network of Excellence in Nuclear Engineering (UNENE).

Named a Distinguished University Professor in 2018, Jiang has spearheaded several groundbreaking research and development projects, including wireless sensor networks for nuclear power applications, where the effects of ionizing radiation on electronics are examined and adequate methods for protection are developed.