When pursuing a career path, a certain degree of uncertainty is inevitable. There is no black and white; there is no one-way road. Having some experienced guides by your side, however, can provide some helpful direction for the journey.

Alumna Laura Smith, BESc/HBA’14, was fortunate to receive that very kind of guidance when she first came to Western with an ambiguous plan to pursue chemical engineering.

“My experience at Western Engineering was a busy time of enormous growth,” said Smith. “At Western, I figured out how to explore career options, seek out advice from people who were more experienced than I was and make a plan for how to get where I wanted to go.”

In a first-year computer science course, Electrical and Computer Engineering Professor Quazi Rahman provided Smith with encouragement and a clear, logical approach to the subject matter. In the following years, Software Engineering Professor Miriam Capretz provided Smith with a solid understanding of database fundamentals and served as a strong female role model for the young women in her classes.

Throughout her time at Western, Smith took part in multiple co-op positions with tech companies, including Pinterest and BlackBerry. Smith lauded Pete Devenyi, the father of a close friend and Senior VP at BlackBerry (previously known as Research in Motion), as a personal role model since high school.

“When I visited my friend’s house, Pete would ask about my interests,” said Smith. “He encouraged me to consider software engineering when I told him I was pursuing engineering. When I enjoyed my computer science course so much in first year, I immediately thought of Pete and how I could someday work at a place like BlackBerry if I pursued the software stream.”

“I had the privilege of observing Pete's leadership style and the immense respect he had from everyone who worked with him,” Smith recounted. “Pete was incredibly kind, considerate and encouraging to all of his employees and they, in turn, were motivated and happy. Even in my current role, I try to emulate Pete's attitude when working with other people or when mentoring interns and new grads.”

Smith now works as a software engineer at Snap Inc., where she works on a team that builds features for the Bitmoji app, enabling users to create a personalized cartoon avatar that can be added into texts and Snapchat.

“I was interested in Snap Inc. and Bitmoji because I have a passion for building products and features that millions of people use. I get to flesh out feature ideas, collaborate with the team and bring them to life.”

One of Smith’s recent undertakings involved the creation of the Bitmoji Store feature within the app, where users can design and purchase products displaying either their own Bitmoji or a friend’s, making for a great personalized gift.

In October 2019, Smith acted as the keynote speaker for Western Engineering’s annual Women in Engineering brunch. In her address, she shared the trajectory of her path, from her experience as an engineering student at Western to her current position as a software engineer.

“When I was at Western, I always wanted to meet someone who was a few steps ahead of me so I could learn from their experience and gain more clarity on what my future could look like,” said Smith. “I wanted to be that person for the students at the Women in Engineering brunch.” 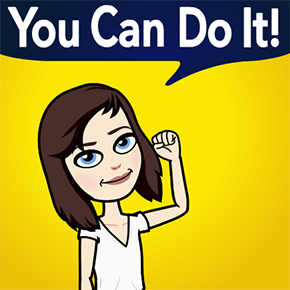 During her keynote address, Smith discussed the strategy she uses whenever she arrives at a crossroad in her career, stressing the importance of networking and seeking advice.

“I take stock of what I am good at and what I enjoy doing to determine where I want to go. Then I talk to people with more experience to get their advice before making a plan to achieve my goal.”

In addition to seeking out advice from respected role models, the power of a positive attitude can go a long way, says Smith.

“Everyone feels more inspired and free to be themselves around positive people.”

By seeking out positive people throughout her time as a student and by striving to carry that attitude forward into her career, Smith has successfully made the transition from mentee to mentor. Thanks to her experience at Western and her own positive approach to moving forward, Smith had all the tools she needed to achieve her professional goal of becoming a software engineer.