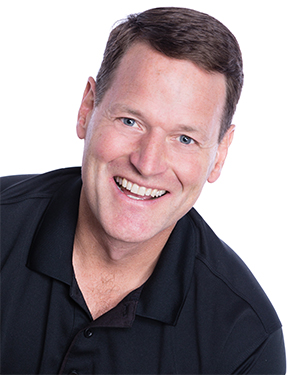 Each year, Western Engineering presents the L.S. Lauchland Engineering Alumni Medal to a worthy alumnus or alumna based on their outstanding contributions to the engineering profession, business leadership and community.

The 2018 recipient of the Medal is Jeff Westeinde, BESc’89, investor, entrepreneur and President of Zibi Canada, one of the world’s most sustainable mixed-use development projects.

“I feel very honoured that my faculty is presenting me with the Lauchland Medal,” said Westeinde. “When I was a student, I remember a couple of my classmates’ fathers receiving the Medal, and I couldn’t imagine I would ever be as accomplished as them.”

Westeinde acknowledged how fortunate he is to be one of the major investors and President of Zibi, “leading a group of the best placemakers on the planet in creating a truly outstanding community.”

Zibi is a property development project in Ottawa and Gatineau, Quebec that is transforming 35 acres of contaminated industrial lands in the middle of the Ottawa River, between the downtowns of Ottawa and Gatineau into one of the world’s most socially and environmentally sustainable communities.

“I am the definition of a serial entrepreneur,” said Westeinde. “And of the many companies I am involved with at the moment, Zibi has one of the largest potentials to make a transformational impact on the community I live in here in Ottawa and Gatineau.”

In addition to serving as President of Zibi Canada, Westeinde serves as the Executive Chair of Milestone Environmental Contracting, the Chair of Envirogreen Technologies and Clearly Solar, and is on the Board of Nucor Environmental Solutions.

Westeinde is also active on numerous charitable, civic and industry initiatives. He is the Ontario Chair of the Canadian Forces Liaison Council, founding Chair of Invest Ottawa (formerly OCRI) and Honourary Colonel of the 33 Combat Engineers Regiment. Westeinde also serves on the Community Services Cabinet for the United Way of Ottawa and is on the Board of the Ottawa Network for Education.

“I’ve been very blessed to come from an amazing family, receive a world class education at Western Engineering and lead a fortunate career,” said Westeinde. “I believe with a head start like mine in life, I owe a duty to give back to the communities and industries I work in.”

Westeinde has also maintained strong ties to Western by serving as a member on the Advisory Council of Western Engineering (ACWE) since 2007, and a former member of the Green Building Advisory Council.

Westeinde will receive the L.S. Lauchland Engineering Alumni Medal at the Engineering Reception during Homecoming on Saturday, October 20, 2018, at the DoubleTree by Hilton.

RSVP to the Medal Reception and get more event details here.