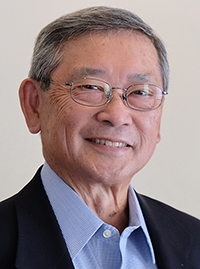 What makes you proud to be Canadian?

Our strength comes from the diversity of our country, based on a strong foundation of freedom of speech, an established legal system, and generally responsive governments. Geographically our country is beautiful and inspiring.

The hallmarks of all Canadians, include respect for individual rights, essential given the diversity of our population, the willingness to help those in need, and to make great sacrifices to preserve our way of life. Combined  with our history of innovation, creativity and stability,  these are just some of the factors that makes one proud to be Canadian.

The best memory I have of my days at Western, were the great people, with whom I interacted. The professors were excellent and given the small classes, one was able to get to know them, professionally and as individuals. Some individuals who stand out include, Dean Richard Dillon, Professors Alan Davenport, Mel Poucher, Gordon Chess and Alan Olson .  Professor Stuart Lauchland was a ramrod straight, incessant pipe smoker and exciting educator, and I am honoured to be one of the recipients of the L. S. Lauchland Engineering Alumni Medal. The faculty and classmates created a real sense of community within the Engineering school, and made my experience at Western, a transformative one.

As you reflect on the 150 year history of Canada, what do you consider the biggest Canadian engineering accomplishment?

That is an almost impossible question to answer. Engineering feats such as the rerouting of the St. Lawrence River, the CN Tower, the Canada Arm, and Bombardiers Skidoo all come to mind.

However, given my business career, I tend to look at accomplishments in medicine, and one that has beneficially affected millions of people has been the heart pacemaker and defibrillator. These were originally invented by a Canadian engineer, John Hopps, who worked with Dr. Wilfred Bigelow, an internationally respected cardiologist. The invention of the pacemaker has helped people with a compromised heart live normal lives, while the defibrillator has saved many heart attack victims. Countless people have benefitted from these inventions, and as such, they have made a lasting contribution to society. Consequently, I believe these inventions, to be one of the greatest Canadian engineering accomplishments.