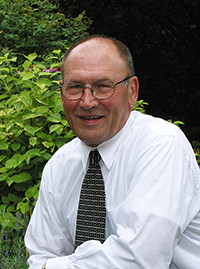 In the Engineering school, I discovered the camaraderie of being in a small class with other people who were solving problems by using their brains. I discovered that if I couldn't explain things from ﬁrst principles, I probably didn't really understand what I was doing.

How did your Engineering degree launch your success?

When I graduated, I didn't graduate with a suitcase full of formulae that I could apply to a standard set of problems. I felt that I had developed conﬁdence that I could think my way through problems as they came up. My career featured a series of right angled turns as I went from standard engineering work, to working as a mathematician, to being a consultant, to being a long-term strategic planner in several industries, to being a line manager in a ﬁnancial institution, to being a chief ﬁnancial ofﬁcer and chief investment ofﬁcer, to being a chief operating ofﬁcer, to being a CEO, to being a professional director of multiple listed corporations.  Every time I turned a corner, I found a new set of opportunities.  I point out my career path to show that once an educational institution launches a person on a career, there is no telling where it will end up. I believe most successful people will tell others that they are self-educated, which is true, but the launch is a critical event.

Any advice you would offer an incoming Engineering student?