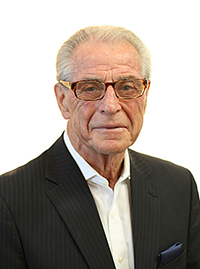 What makes you proud to be Canadian?

Being an immigrant to this great country from Holland, I will always cherish my Dutch heritage, but because of the commercial and personal friendships established between our two countries resulting from the Canadian Liberation of The Netherlands in 1945, this has increased my reverence for Canada and my gratitude to have been allowed to become a proud Canadian.

Canada is such a great magnificent country, with an amazingly varied geography, beautiful natural vistas, economic opportunities for everyone, an enviable system of national governance, and an exemplary reputation on the international stage; it is the envy of the rest of the world.

What would you consider your most treasured memory from your time at Western Engineering?

From a very personal perspective, considering my rather dubious academic career while at Western, which I was only able to complete thanks to a persistent but very fortunate coincidence of supportive people and circumstances, the eventual award of the Lauchland Medal definitely ranks as a treasured memory of my extended student days.

As you reflect on the 150 year history of Canada, what do you consider the biggest Canadian engineering achievement?

I think that the construction of the Canadian Pacific Railway stands out as the singular most significant engineering accomplishment. Considering the enormous logistical, geographical, and environmental conditions that had to be overcome, and the relatively short completion schedule, it is an accomplishment that ranks right up there with the Suez  Canal, the Panama Canal, the Trans Siberian railroad etc., but much more efficiently executed than any of those other comparisons.  And in addition to it being a great engineering accomplishment, by opening up and connecting our vast country from coast to coast, it was probably the greatest individual industrial, economical, business, and social generator of our 150 year history.