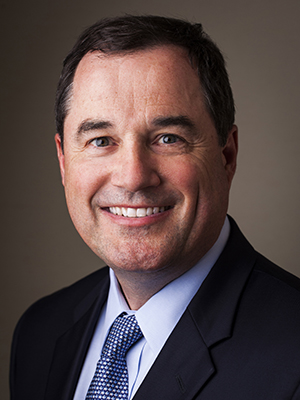 Any advice you would offer an incoming engineering student?

There are three pieces of advice I’d give to new engineering students.  First, tap in to your natural curiosity and learn everything you can. Don’t be afraid if things don’t always go your way, because they won’t. What’s important is that you take what you’ve learned and apply it to your next challenge. Because that’s what engineers do. Secondly, make sure you have balance and build out the whole you. Pursue interests like sports, clubs or student government while you’re on campus. Finally, think of engineering as a team sport. To be successful in your degree, and ultimately in your future career, you will need to work with and learn from others.

It’s hard to pick just one, but one of my best memories would be the fourth year engineering project where we all got to apply what we’d learned in the previous three years. My team’s project was converting mechanical testing equipment from analog to digital. This was at a time when computers were entering the mainstream and a lot of analog processes were being converted to digital. I believe that the things I learned during that project actually led to me getting my first role at IBM.

Another great memory would be the Engineering Flag Football Tournament that we played against the other universities. We kept to the no-contact rules of flag football…until we played Queen’s.

Why do you value your engineering degree?

Getting your engineering degree isn’t easy. It takes a lot of focus, hard work and dedication. I think all engineers should feel real sense of accomplishment in that achievement. The concepts you learn in an engineering degree – problem solving and the ability to evaluate the change and transformation ahead of you – have really helped me in every part of business, and in life.