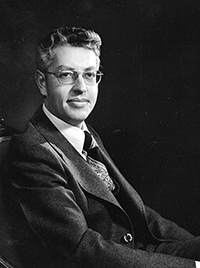 Mr. Hewat received the Lauchland Engineering Alumni Medal in 1990.  He passed away on January 6, 2009.

Mr. Hewat moved to London, Ontario as a teenager and graduated from The University of Western Ontario’s Faculty of Engineering. Upon graduation, he joined Bell Canada where he spent most of his career, being promoted to the level of executive vice-president. He became president of Stentor (a consortium of Canadian telephone companies) and then joined Bell-Northern Research, Nortel's research and development arm, as CEO.